After 64 iconic years of “finger lickin’” goodness, KFC has decided against encouraging its loyal fried chicken fans to put their digits in their mouths to make the most of every flavoursome bite. I suspect the tag line “wash your hands, lick your fingers, don’t touch anything, wash your hands” doesn’t have the catchy ring to it they were after, in fact it just makes you realise how weird it is to be told to lick yourself by a global corporate entity.

Not one to be thrown by an unusual spanner in the works, let’s not forget the hilarious “FCK, We’re Sorry” marketing they released when they ran out of chicken in the UK in 2018, KFC have decided to launch a global ad campaign censoring their “finger lickin’” slogan out of a montage of KFC adverts through the ages.

The marketing, which does an excellent job of showcasing the brand’s longevity and sense of humour, comes five months after KFC’s decision to pull all marketing that featured its well-known catchphrase. In March it was reported that the ASA received 163 complaints about a KFC advert which showed people following through on the brand’s slogan and licking their fingers. The complaints argued that the ad was irresponsible as it encouraged hygiene behaviour which might increase the spread of Coronavirus.

Global chief marketing officer, Catherine Tan-Gillespie, has said “we find ourselves in a unique situation - having an iconic slogan that doesn't quite fit in the current environment." In a period where your mask and hand sanitiser are just as important as your phone and keys when leaving the house, the company is probably right. Like the brands we wrote about earlier this year who played on social distancing in their marketing, this partial rebranding presents a more responsible message in a light-hearted package.

However, KFC are likely to struggle to register their new “It’s ___ ___ good!” slogan. Whilst arguments are rife as to the best fried chicken, and personal biases on the tastiness of KFC aside, the new slogan would be classed as descriptive and too generic. “It’s good” also appears in a variety of forms in food related registered marks, including “Domino’s it’s all good”. Combined with the fact that KFC has never actually used this slogan before, registering the new phrase would be an uphill struggle.

For those of you concerned that your days of corporate endorsed post chicken finger licking are behind you, don’t worry. The YouTube ad ends with: "That thing we always say? Ignore it. For now."

Like all great comebacks, timing will be key. Where a resurgence of “finger lickin’” will fit in the world of the “new normal” is anyone’s guess. 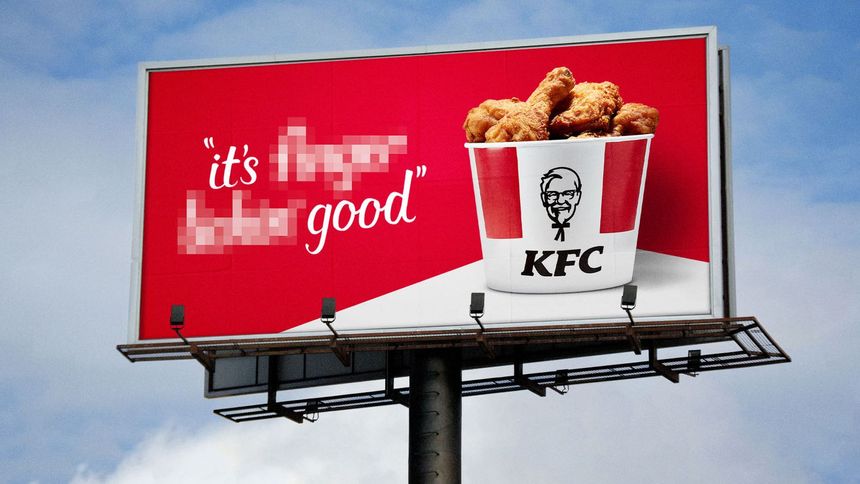